Life at the speed of M·A·C! The new, now and next in fashion, culture and more from within the world of M·A·C

Selena Quintanilla was known as the “Queen of Tejano music.” A legendary musician and revered style icon, her untimely death devastated the world when she was killed by the president of her fan club in 1995. At just 24 years old, her career was on the verge of superstardom. Her vibrant legacy reigns strong to this day – thanks to a legion of family, friends and fans that have kept her music and memory alive and thriving.

So much so that this collaboration is a direct result of their inspiring efforts, stemming from a petition that launched near the 20th anniversary of her death asking us to honour the Latina singer with her own M·A·C collection, receiving nearly 40,000 signatures. We talked with Selena’s sister Suzette, who was a percussionist and vocalist in Selena y Los Dinos, the band started by their father that began Selena’s singing career. Suzette discusses the enduring legacy of her late sibling, including her strong fashion sense and the contents of Selena’s makeup kit, which she still has today.

Selena’s fans rallied hard for this collaboration. How do you think she would react to the petition and this coming to life?
I think she would be super surprised, just like we were. Ecstatic to have M·A·C come knocking at your door. How could we not be? She has been gone 21 years already, and for this to happen is pretty much incredible. It just shows the love her fan base has even though she’s gone, that her music still lives on and her legacy has grown tremendously since she’s passed. It’s a great honour to have M·A·C collaborate with Selena’s name and her fans – for her fans. I know if she were here she would be over the moon. Chris [Selena’s husband at the time and band member] and I were talking about this, and he said, “She would be ecstatic, Suzette. This is right, this feels right.” And I said, “Yes it does. It feels perfect.”

Why do you think her fans were really gunning for M·A·C?
M·A·C is a modern, hip brand that people can identify with. Almost everyone I know wears M·A·C. M·A·C is M·A·C and Selena is Selena, so how could it not be a great match? 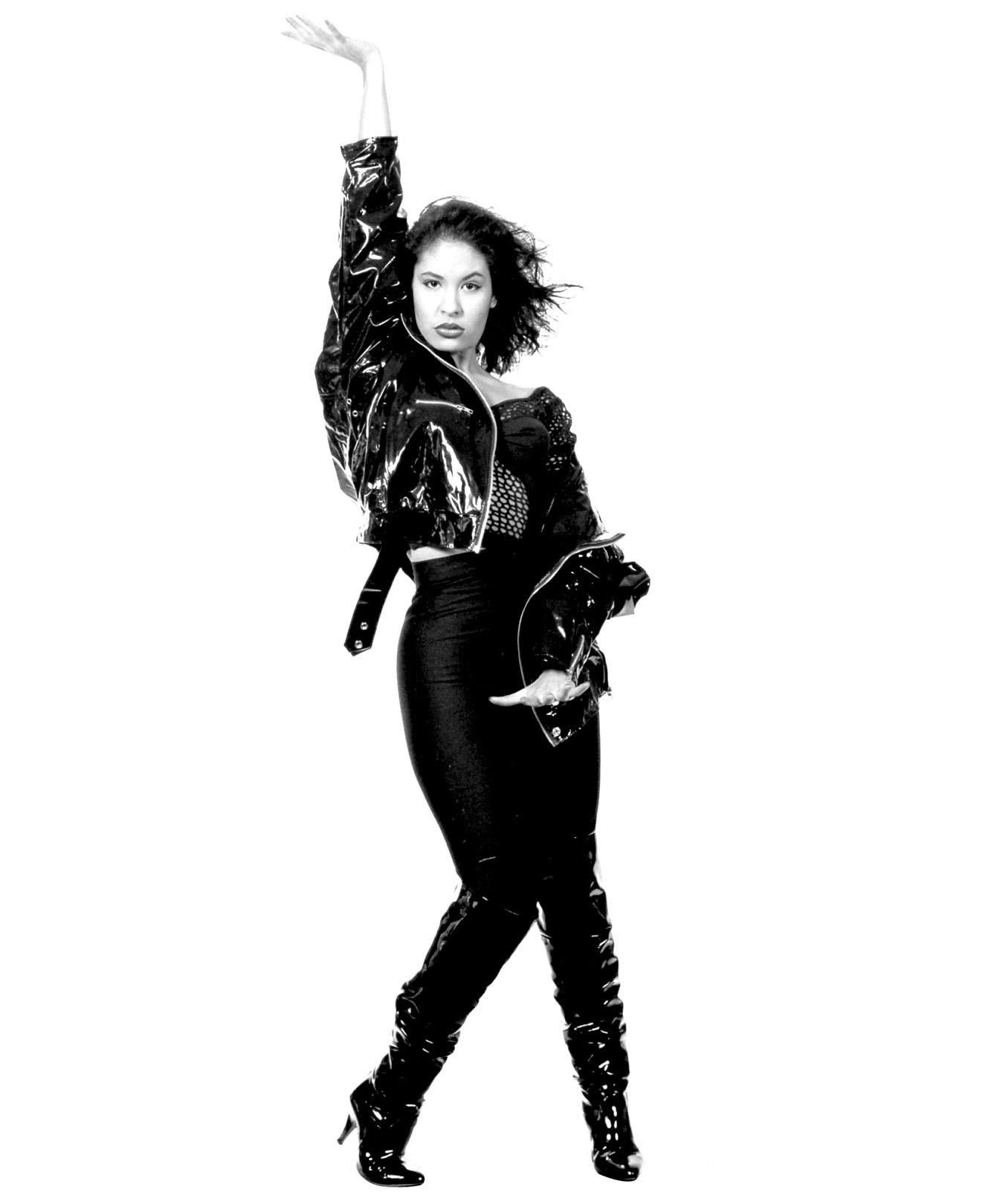 “She had this knack for throwing something together and being able to make it look fashionable. Selena’s thing was you don’t have to be overdone as long as you carry yourself well; then you’re able to have a presence. And I think she pulled that off very well.” – Suzette Quintanilla

Selena was and is such a fashion icon. Do you have an earliest makeup memory of her?
Being a performer and on the road, you always have to try and look your best because you never know who you’re going to run into when you’re travelling. So, it was a major thing for Selena to have her face done and be presentable as an artist. Of course when she performed she took it up a notch and had what I call her “stage look,” and then her everyday look.

She is so known for her incredible fashion sense. How did she experiment with style in performance and real life?
We have here, in her museum actually, sketches she had been creating since she was 13, 14, 15 years old. She was always into fashion. She always wanted to pursue that down the road and was doing that before she passed. She had this knack for throwing something together and being able to make it look fashionable. Selena’s thing was you don’t have to be overdone as long as you carry yourself well; then you’re able to have a presence. And I think she pulled that off very well.

She continues to remain an icon for so many people. What do you think it is about her that makes her so compelling?
Selena was a genuinely kind-hearted individual. She truly loved her fans; she truly loved performing and singing. She loved being able to take that person away from their troubles and on a journey wherever she was going when she was singing. The person you saw onstage was the same person you met offstage. And I think that’s one of the main reasons why she’s remembered 21 years later. And, the fact that we did have some pretty good music going on back then!

Her legion of fans has only grown since she’s passed. You and your family have done so much work keeping her legacy alive. What is it like to watch her continue to have an influence?
We started making music together as a family, to get by doing what we liked to do. It started off as a necessity because my dad lost his job. It’s exactly the movie, which I’m sure you’re familiar with. This became something we had to fall back on, and something we truly loved and embraced. So when Selena passed away, it was a huge eye-opener. Even when you’re selling out concerts, performing in New York one weekend, or LA and Miami at these sold-out venues, you’re just doing what you’re doing and loving it. When she passed away ¬¬– it’s mind-blowing – how many people mourned with us when she died. I didn’t realize we had touched so many people with our music, and I truly believe she didn’t either. Throughout the years, as we continued our lives without her, they were still playing her on the radio. They would never say, “the late Selena,” they would always just say, “Selena.” I truly believe if she were here today that this collaboration would still be happening, but you would be talking to her and not me.

What have the past 21 years been like for you and your family?
It’s like a roller coaster. You’re good one day and the next month you’re not so good. Losing a loved one is very difficult. I don’t think anyone can say it’s something easy. I think we circle ourselves with people we truly love and that helps us sustain and continue our lives. We know that Selena would not want us to crumble. I know if she were here she’d be doing this for me and vice versa. It’s what family does. She’s such an amazing role model for us Latino women. She showed that the impossible is possible. That was her favourite saying: don’t let anyone tell you that you can’t, because you can. She was such a vibrant individual, it’s beautiful that so many years later she’s still being remembered.

I know you guys started making music out of necessity, but what was it like to be a part of Selena y Los Dinos as children?
It was more of a family thing, so in the beginning it was songs that my dad wanted us to sing [laughs], like “Blue Moon” and Patsy Cline. We started off country, I don’t know if you knew that. We played at little parties and graduations for fun, and then once my dad lost the restaurant that was something we were really working at. It was our bread and butter, you might say. Each one of us had each other’s back and we stayed strong. And our other band members were like family, and continue to be so today.

How did you end up choosing the shades and products for this collection?
That was easy! Selena’s line is based on her personal makeup, that she had when she passed. I have everything of hers. I wanted the colours to be about her personally, what she wore on and offstage. I took pictures of everything she had in her makeup case, and the colours she was wearing at the time, so her line is actually based on Selena.

What compelled you to keep all of that?
I don’t know how it is for everyone else, but when you lose someone you hold on to everything you possibly can. It wasn’t something that was pre-thought of or anything like that. I bought her her makeup case, it was a cool travelling case. When she passed my mother gave it back to me since I gave it to her. I hold on to everything. I have everything she has given me and vice versa, even if it’s just a pair of sunglasses. I cherish them. My parents have all her clothes. They’re not out, but they hold on to them. There’s a part of you that can’t let them go, and that’s ok, I’m fine with that.

M·A·C Selena is available in-store from 10/6, find a store near you HERE Words by Amanda Aldinger