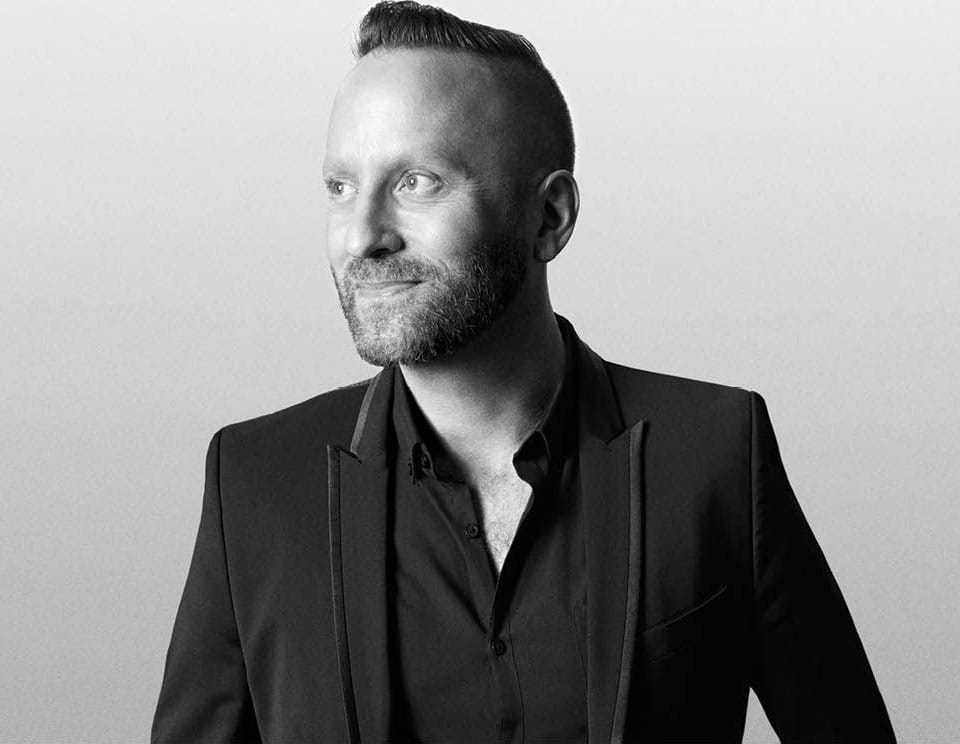 career begins on the streets of 1980s Los Angeles, where he became transfixed by the punks, new wavers and goths of Melrose Avenue. These days he opts for a quieter life. “My club days are long gone,” he explains, “so exploring and trying new restaurants or going to my tried and tested places make for a perfect night.” Still, a glass of Californian chardonnay accompanies nights spent at home, drawing, experimenting and trying out new ideas. His stellar career sees him head-up makeup teams for fashion week shows in Paris, Milan and New York as well as working with a roster of high-profile celebrities. It’s all about imagination, which Arlt believes can take you anywhere.

“In the 80s of course I had a fake ID and would sneak into all of the hottest clubs wearing more makeup than the women! I also liked to watch my two older sisters and my mother applying makeup. I remember looking at the Scavullo Women book my father showed me when I was eleven and being mesmerized by the shots of models. Also, being a child of the 80s I was obsessed with Boy George and Nina Hagen and I’ve been in love with Russian Red Lipstick ever since 1989.

“When I compliment someone and they contort and wrinkle up their face and say, ‘really?’ I always say own the compliment. You’ll be begging for them when you’re 90! Radiant and flawless skin is also my favourite feature on a person. It’s literally the canvas; everything (eyes, lips, cheeks) benefits from the skin looking as perfect as it can. I love to bring out the features using highlighting and contouring on the face. I honestly couldn’t live without Fix+, Matchmaster Foundation SPF 15 (need the sunscreen), Pro Longwear Concealer for under my eyes and Lightful Foaming Cleanser.”

“A massive career highlight was working with Cher. I used to beg my parents to let me stay up and watch her show when I was a kid and then I find I’m designing her makeup for her farewell tour and a few years later her Las Vegas Caesar’s Palace show! But I’ve loved my whole career. One client was disfigured due to a car accident and after I did her makeup she looked in the mirror and said she’d never felt more beautiful, which felt good.”